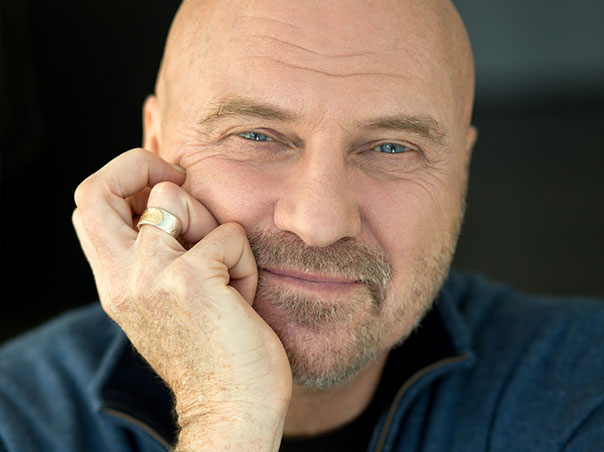 Growing up in Pickering, Ontario, Marke developed his ability to perform and entertain during high school. But he also developed another interest…radio. Listening to album rock radio was something that combined his love of music and his desire to communicate. The lure of radio became stronger than the lure of the stage, so after graduation Marke studied Radio-TV Arts at Seneca College in Toronto for 2 years. In the summer of 1979, a couple of months after graduation and a few dozen audition tapes later, he got his first job at CFYN radio in Sault Ste. Marie, Ontario. Less than a year later, he landed in Saskatoon, Saskatchewan with the type of station he always wanted to work at…CFMC-FM, known at the time as FM 103. He worked swing shifts, evenings and then host of the morning show, where he could also incorporate his unique sense of humour and performance. It was also in Saskatoon that he stepped from behind the microphone and back on the stage, joining the improvisational theatre company The Saskatoon Soaps, along with the sketch comedy group Yikes and performed in local theatre productions. It was also a time where he tried stand-up comedy for the first time, performing at local clubs and venues.

After 8 years and changes to the station’s ownership and direction, radio had run its course and Marke found himself in need for a change and it came soon enough. STV (now known as Global Saskatoon) had just launched a few months earlier. They called and asked him to fill in as weathercaster on a temporary basis for their evening newscasts.

The temporary job became a permanent one, along with occasionally anchoring sports and hosting segments for a local multicultural show. After a year at STV, Marke was hired by CKND TV Winnipeg and became a host/producer, covering arts and entertainment as well as hosting Folk Arts Cafe, a program featuring multicultural diversity. A year later, he would also add weathercaster to his list of duties. It was also in Winnipeg that Marke continued to perform stand up comedy.

He became one of the regular comics at Rumors Comedy Club, where he got to work with people like Steve Harvey, Jon Stewart, Chris Rock and Emo Phillips.

It was during his time that he caught the attention of U.TV in Vancouver and in September of 1991, Marke became weathercaster for U News at 6. The following year, he also became the host of Your Town, a weekly half hour entertainment & community events show.

In the 15 years that followed, the station went through numerous name and ownership changes. In fact, Marke ended up working at 4 different stations (U.TV, Global, CKVU and City TV) in one building! During this time, he also continued to perform stand up comedy at the city’s clubs and concert halls, opening for Steven Wright, Dennis Miller, Louie Anderson and more. He also occasionally mad appearances with the Vancouver Theatresports League. He also found time to land small roles in over a dozen movies and TV series, including Final Destination 2, Mr. Magoo, Smallville, Elektra and The Chilling Adventures of Sabrina

Then, the winds of change blew again…this time Marke found himself at not only a new station, but a new building! In September of 2006, he joined CTV Vancouver as weathercaster. In 2009, he also made a brief return to radio as co-host of the Nik and Marke show on Talk 1410. Then in November of 2011, CTV Morning Live was launched with Marke as weathercaster and co-host. He not only provides the latest weather information, but also does interviews, provides insight and, as you may have guessed by now, some entertainment too.

When not performing either on TV or onstage, Marke enjoys life in North Vancouver with his wife Amandah, son Jonn and dog Brodie. He still enjoys music, going to live concerts, football, enjoying the outdoors and travelling.