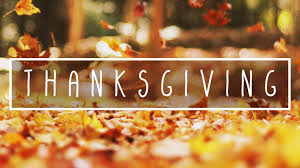 It’s Thanksgiving in Canada. I’ve always loved the fact that we celebrate it earlier than our American friends, much like we get to celebrate our national birthday 3 days before them! Its also one of those times where, much like making New Year’s resolutions, that we like to list off what we are thankful for, rather than striving to be in a state of gratitude all year long. However, having said that and knowing that everyone else has done this at some point this past weekend, here is my gratitude list

I am thankful for living in Metro Vancouver. Even though one can barely afford to live here, it’s hard to imagine anywhere else I would rather live. Having all this natural beauty literally outside my front door makes up for it.

I am thankful for also living in a neighbourhood with great people, even though I don’t remember everyone’s name sometimes

I am thankful for having a long and eventful career in an industry which has been more uncertain than eventful and longevity has become the exception rather than the norm.

I am thankful to my Dutch ancestors for inventing, among other things, Hagelslag….those wonderful little chocolate sprinkles which, when spread over melted butter on toast, turns into a feast from heaven!

I am thankful for not only having, but also being able to appreciate a sense of humour…a quality which seems to be more restricted and restrained in many cases. It is needed now more than ever today, since it always brings sanity and clarity to that which is chaotic and outrageous. Plus, laughing just makes you feel good.

I am also thankful for all kinds of music and all the wonderful musicians who create it.

I am thankful for being born a citizen of a country that has given me freedom and opportunity wherever I have lived, but also being able to be respected when travelling to other countries and being envied for calling myself Canadian

In turn, I am thankful to my parents who, like many who sought a better life from Europe after the Second World War, chose Canada to start their new lives and where myself and my brother would begin ours

I am thankful to those who have taught me…not just teachers and instructors, but those who took the time with advice, encouragement, by word or deed. Sometimes it was simple, but the impact it had was huge. I’m also thankful to those who challenged me to be better or do better, even though I might not have appreciated it at the time!

I am thankful for continuing to be physically, mentally and spiritually healthy

Above all, I’m thankful for my beautiful wife and my amazing son, who have brought more love and fulfillment than I could have ever imagined. Without them, none of this would make any sense.

Lastly, thank you for reading this…..and I hope you have many items on your list too!

FAREWELL TO A KING
Scroll to top